Hugh Castor is a licensed practitioner of acupuncture, Chinese medicine, and massage therapy. In addition, he is a certified instructor of Qigong and Tai Chi Chuan. He began his studies in 1993 under the guidance of Dr. James Berg physician/acupuncturist and DeeAnne Domnick midwife. At this time Hugh had the wonderful opportunity to study Traditional Chinese Medicine and natural medicine both as an apprentice and in the classroom. In this rich environment, Hugh learned acupuncture, Chinese and Western herbs, midwifery, Tai Chi Chuan, Qigong, Yoga, and most importantly began formulating his holistic approach to healthcare.

I went to see Hugh after a random back injury left me on the couch for four days. After our first session, the intense non-stop pain had reduced to a dull aching. That night I slept deeply and I woke up feeling like my old self. I've always recommended acupuncture to clients, but I was shocked at the effectiveness of one session. I am beyond grateful for Hugh getting me back on my feet and I will be a lifelong client of his now!

This was one small step for Todd, one giant leap for Todd-kind. But seriously, Hugh is great at what he does. I learned a lot about my leg issues and the nerve that is causing the numbness. I can’t wait to go back next week. Thanks Hugh!!!

I have always been nervous to try acupuncture out because of the needles. However, when I woke up one morning barely able to move because of severe pain in my right shoulder & neck I decided to give it a try. Hugh was highly recommended to me by 2 of my friends. He got me into his office quickly & immediately I felt looser than when I first walked in. That alone made me happy but when I woke up the next day with more range of motion & decreased pain I knew I was hooked on this wonderful therapy. Hugh is very friendly & really listens to what you have to say so he can treat you thoroughly. I highly recommend seeing him!

Amazing after 2 years of misery with my stomach pain I feel so much better after only one appointment. I'll be back Hugh, and thanks for seeing me on such short notice

I've been seeing Hugh since 2012. I've gone in for pinched nerve in the palm of my hand, my bulging disc , swollen knees , muscle spasm after having bronchitis, severe pain in my heel and massage . Hugh really knows what he's doing! I would never recommend someone unless I truly felt this way. For those of you skeptical just try it , sometimes it takes more than one time but it works! It's better than being cut on!

I am very happy with the work I received at Hugh's clinic. After years of dealing with PMS, I decided to try acupuncture to see if it would help. Hugh recommended that I try not only acupuncture but Chinese herbs as well. After a few of treatments my next cycle went much better. Over the course of treatments with herbs and acupuncture my PMS virtually disappeared! Although, I can't say the herbs tasted great I think that they were very helpful. I tell all my friends with PMS to see him.

I have personally used Hugh's services for years and have found him to be competent, knowledgeable, and professional. His integrative approach and desire to understand illness from a complimentary and Western perspective distinguishes him from other acupuncturists. After trying Hugh's treatments, I routinely refer patients with back pain and nausea to him for acupuncture. I highly recommend him! 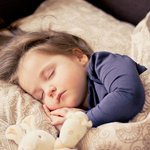 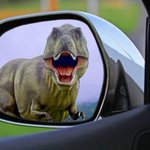 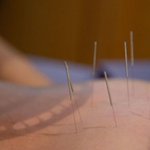 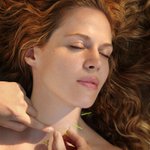 I run a Traditional Chinese Medicine clinic that provides acupuncture and other holistic solutions for modern healthcare problems, here in downtown Fort Collins, Colorado. I find great joy in serving quality complementary health care to Fort Collins and the surrounding community. In addition to my private practice, I work in the East Morgan County specialty clinic in Fort Morgan and frequently collaborate with local clinics and organizations such as The Wholeness Center and Hope Lives. In Fort Collins, acupuncture has exploded in popularity in the last few years.

Massage is an especially powerful adjunctive treatment to acupuncture in cases that involve pain due to soft tissue disorders and biomechanical dysfunction. Myofascial release, deep tissue, and a variety of physiotherapeutic techniques are employed for problems like chronic back and neck pain, joint problems, sports trauma, repetitive injuries, and postural imbalance. Tai Chi Chuan and Qigong, yoga, and resistance training are useful tools that give the client the opportunity to take an active part in their own healthcare.

Chinese herbology is the science of combining plants or other substances for healing purposes. In China, herbs are decocted for patients in hospitals to act in unison with drugs and other Western interventions. Chinese herbs reduce the side effects and the necessary dosage of medications, providing a synergistic, cost-effective and less invasive solution to management with just medications alone. Over 25% of modern medicines are derived from plants- Chinese herbology uses these same plants, only whole or minimally processed, so that they can be properly assimilated and keep the patient free of side effects.