Chiropractor near me who treats spine related disorders and will provide you extensive one-on-one evaluation and holistic treatment that will assist you in overcoming causes of lower back pain, pain in neck, extremity pain, or frequent headaches.

We will provide you with evidence-based & integrative chiropractic care that is conventional as well as cost-effective and we will not utilize lengthy treatment plans and/or unwarranted therapies.

Come experience primary spine care at its best and begin your journey to optimal health at Life in Motion Chiropractic and Wellness.

Born in Rochester, New York Dr. Sean P. Konrad left home at the age of seventeen for service in the United States Navy. For eight years he served with various Seabee units as an equipment operator until deciding to leave the Navy in 1996. He continued to work as an equipment operator within the civilian sector and subsequently injured himself on a job in 2003. At the urging of his cousin, a massage therapy student, he sought the care of a chiropractor who, after three months of treatment, was able to alleviate his pain making the need for medication non-existent!

This was a life changing experience for Dr. Konrad and with his GI Bill still available decided that he wanted to be able to provide others with this same type of opportunity. In 2004 he went back to school and after completing his undergraduate requirements enrolled in the Doctor of Chiropractic program at New York Chiropractic College (NYCC) in Seneca Falls, New York.

During the internship phase of his training, Dr. Konrad had the opportunity to serve in the chiropractic clinics at several health care facilities in the area which include Monroe Community Hospital, the campus health center at St. John Fisher College, St. Joseph’s Neighborhood Center, the Veterans Affairs Medical Centers in Bath and Canandaigua as well as the Veterans Affairs Outpatient Clinic in Rochester. This diverse learning environment has given Dr. Konrad the ability to devise comprehensive treatment plans for a wide range of patient presentations.

His devotion to excellence led to being consecutively named to the Dean’s List at New York Chiropractic College. He also expanded upon his knowledge, skill, and ability by earning an Advanced Certificate in Whole Foods Nutrition, as well as becoming certified in NIMMO Receptor-Tonus Technique and as a Kinesio Taping Practitioner. Upon graduating from NYCC in November 2009, Dr. Konrad began his practice as an independant contractor renting space from an established chiropractor. He left that office in July 2010 to start a new venture.

Partnering with Dr. Cheyenne Fralick, they opened Life in Motion Chiropractic and Wellness in upstate New York where, in October 2013, they both achieved recognition as a Primary Spine Practitioners which enhanced the already exemplary primary spine care at Life in Motion Chiropractic and Wellness . In February of 2015 Dr. Fralick opened their new office at 205 Main St. in Ridgway, Pennsylvania where, upon closure of their New York office in August, Dr. Konrad joined her.

Dr. Konrad resides in Elk County with his three beautiful children Savahnah, Joshua, and Ella and believes he has the best job in the world providing the members of his community with affordable evidence based chiropractic care.

Life in Motion Chiropractic and Wellness

Chiropractic is an approach to health that focuses on the body as a whole. Doctors of Chiropractic treat conditions relating to bones and joints, nerves and muscles. Chiropractic's primary treatment method is called an adjustment or manipulation. Doctors of Chiropractic use their hands or equipment to apply a short quick thrust to a joint or joints. The thrust is carefully administered with the intent of improving joint and nerve function, reducing pain and speeding recovery. It may be used with other forms of treatment, depending on your specific needs.

"All three treatments were effective at changing different dimensions of quality of life, but the combined treatment [suboccipital inhibitory pressure(TrP therapy) & suboccipital spinal manipulation] showed the most change." And hence why we perform both
Facebook   Full Post › 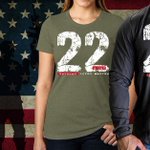 DoTERRA Essential oils can support pregnancy! Stephanie Fritz has been using oils in her Midwifery practice since 2008 with great success :)
Facebook   Full Post ›

Come on down to the Ridgway Chainsaw Carvers Rendezvous starting tomorrow!!! It will be going on all week long!! Saturday the 12th is the auction at noon!!!
Facebook   Full Post › 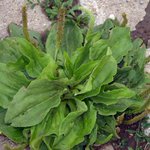 This Little #Weed Is One Of The Most Useful #Medicines On The #Planet https://t.co/PFDOgk3Aqf #plantain #medicinal https://t.co/P2BKj0nL5z
Twitter   Full Post ›

And to think I've been spraying them with weed killer all these years! spkDC
Facebook   Full Post ›

Life in Motion Chiropractic and Wellness

The doctors at Life in Motion Chiropractic and Wellness provide extensive one-on-one evaluation and holistic treatment that will assist you in overcoming your musculoskeletal pain. At Life in Motion Chiropractic and Wellness we believe the body has the ability to heal itself and it is our job to facilitate the healing process via our unique skills with evidence based and scientifically proven treatment methods. Our chiropractors are specially trained Primary Spine Practitioners that have assisted hundreds of patients experiencing spine related pain with the restoration and maintenance of their spine health.

The doctors at Life in Motion Chiropractic and Wellness, PLLC are leaders in the treatment of spine related disorders and will assist you in overcoming your acute or chronic back and/or neck pain. We are not your typical "rack-em and crack-em" chiropractic office; we spend the time needed with each patient to educate, motivate, and empower you via cost effective and clinically effective active care plans that induce high patient satisfaction. We employ modern chiropractic care that combines manipulation with hands-on soft tissue procedures, therapeutic exercise, ergonomic training, and nutritional advice as well as passive modalities such as heat/ice therapy, electrotherapy, spinal traction, and sports taping.

Dystocia is defined as a difficult labor, which is something that every woman wants to avoid. Aside from the pain and exhaustion caused by a long difficult labor, dystocia can lead to multiple medical interventions which may be physically and emotionally traumatic to you and your baby. Commonly reported reasons for dystocia are pelvic imbalance and its resulting effects on the uterus and the baby's position. Chiropractors certified in the Webster Technique are specifically trained to correct these imbalances.

Trigger Points explained with animation [Published on June 06, 2013] This first video is a short explanation and introduction to the trigger point. Many health and pain problems, like frozen shoulder, chronic neck stiffness and migraine are related to trigger points. People can learn how to effectively treat trigger points themselves. I hope to show you in this video that trigger points are a fact, not a theory.

The big question on every prospective patient's mind is, "So what's this going to cost?" At Life in Motion Chiropractic we believe that every new patient should be aware of his/her financial obligations prior to care being rendered. Our office participates with Highmark BC/BS and UPMC, so at the completion of each office visit your only obligation will be to render your plan's co-payment or fee for service (should you have an unmet deductible) and our office staff will take care of the rest. If you are unsure of your coverage for chiropractic care simply contact our office to discuss your plan.

Pharmacologic Treatment of Headache - Get the Facts [Published on Mar 15, 2014] Discusses the overuse or misuse of analgesic medications. When pain medication wears off the person experiences a withdrawal reaction that perpetuates the desire to ingest more analgesics. The subsequent outcome is a viscous cycle of pharmacologically induced pain. We offer an integrative solution to headache pain. Headache has been a bane of humankind for centuries and one of the most common conditions that affects the nervous system.

Physical fitness is defined as the ability to carry out daily tasks with vigor and alertness, without undue fatigue, and with ample energy to enjoy leisure-time pursuits and respond to emergencies. Of all the health related components listed above, the one found to be most neglected is flexibility. Flexibility is an essential element that helps to maintain balance in a well-rounded fitness training program. Increasing flexibility improves the range of motion of your joints and is critical in both daily and athletic performance.